{An Eaton Square Apartment´s Living Room; How Would I Decorate it?}


One of the best addresses in London, and the jewel in the crown of the Duke of Westminster’s Grosvenor Estate, demand for property Eaton Square refuses to abate. As one of the few remaining residential central London garden squares, the houses here have long been frequented by the great and the good, from politicians to film stars.

The iconic Grade II listed stucco façades, pillars, and balconies all set behind immaculate black railings speak of a time when London was a more civilised place, and in fact one of the most attractive things about Eaton Square is its history.Developed by Thomas Cubitt in the 1820s, its location made it the perfect stopping off point en route to the Kings Road, then used as a private road by Royalty headed for Kew or Hampton Court. This made Eaton Square the place to live if you wanted the ear of the monarch, and although owners’ direct influence with the Crown may have somewhat diminished, an element of cache remains. ‘It’s arguably the most famous residential location in the world,’ says Michael Davis from Ayrton Wylie, who often sell property on the square. 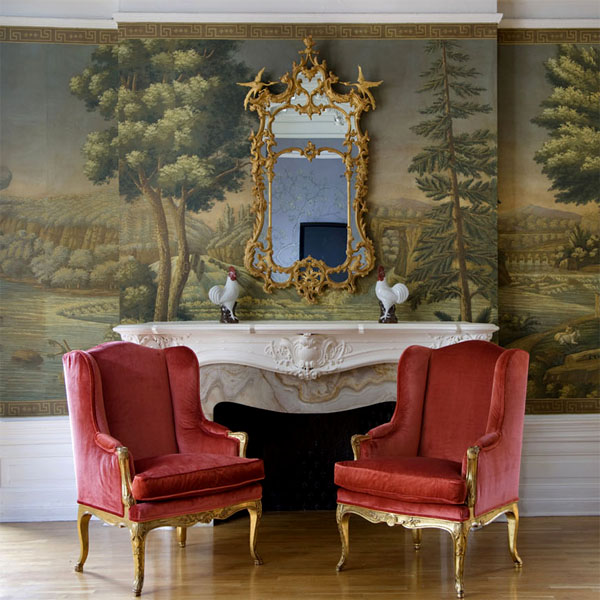 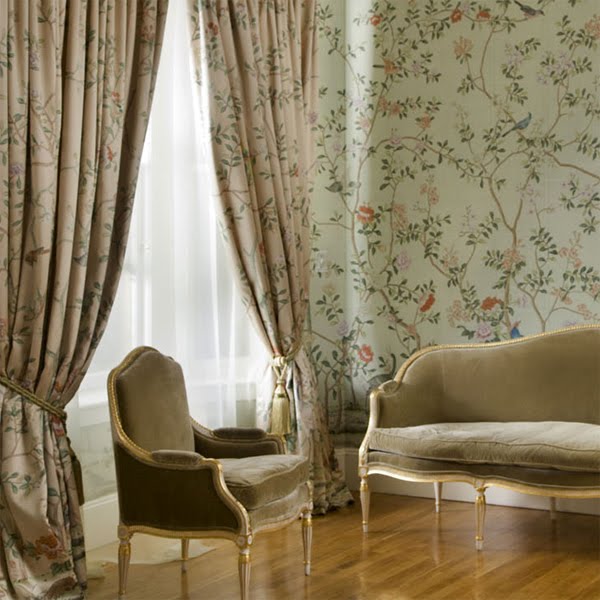 A PAIR OF LOUIS XVI CHAIRS

A PAIR OF ITALIAN BLACK AND GILT-JAPANNED TOLE PEINTE LAMPS 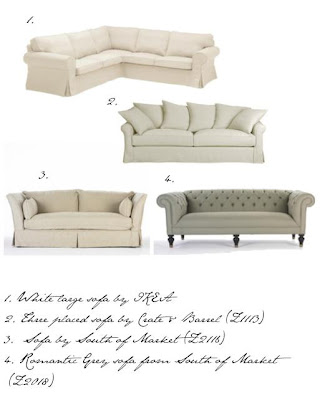 A GLASS AND ORMOLU CHANDELIER

A PAIR OF LARGE CHESTERFIELD SOFAS

TWO ENGLISH PARIAN BUSTS, A FIGURE OF A WATER-CARRIER AND A BISCUIT PORCELAIN CACHE-POT

PAINTINGS FROM XVIII ARTIST JOSHUA REYNOLDS WHICH REMEMBER THE SLPENDOUR OF GEORGIAN ERA.

AND FINALLY...
A CHINESSE WALLPAPER WITH TREES, BIRDS AND A GREEN BLACKGROUND.

{The last antiques are from Christie´s England Sales in Belgravia.}