{The Style of an Early XX Century Hotel; Stills from "Gran Hotel" Show}

Gran Hotel is a Spanish TV series (airing on Antena 3) that takes place in beginning-of-the-century northern Spain, in the fictitious Gran Hotel. s filmed in several points in Santander, with the Palacio de la Magdalena standing as the eponymous Gran Hotel. The story begins in 1905, with the mysterious disappearance and presumed death of Cristina Olmedo (Paula Prendes), maid in the Gran Hotel. Six months later, her brother Julio (Yon Gonzalez) arrives to investigate said disappearance and gets a job in the hotel, becoming friends with Andres (Llorenç Gonzalez), the son of staff manager Ángela (Concha Velasco), as well as with Alicia (Amaia Salamanca), the daughter of the Gran Hotel's family owner, the Alarcón. Julio and Alicia fall in love, living a passionate romance that is though impossible for their difference of class, while they investigate the network of deaths, lies and secrets kept between the Gran Hotel's walls.

The main staircase is located in the entry.

In my view, the entire cast is excellent except for the protagonist actress (Miss Salamanca), she overreact too much and she lacks experience in drama. In addition, clothing is far from satisfactory. Those who are lovers of Fashion History and Costume - like me- are very sensitive to the details, such as in the case of the women´s hair which has streaks or uneven cuts. For everything else, the art direction is excellent and the decorator -Gloria Vazquez- has done a wonderful work with the filming set. I love the wallpaper and curtains in the every rooms. 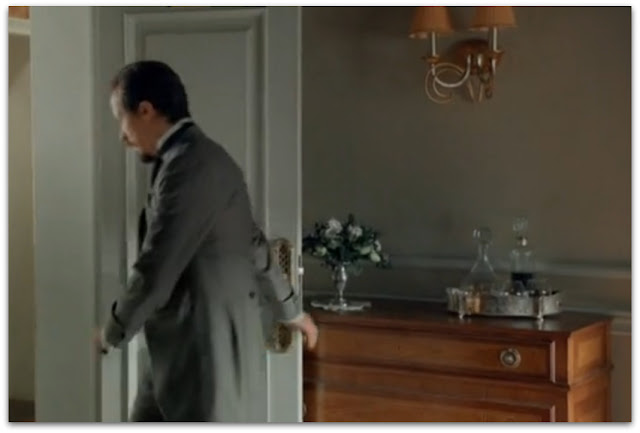 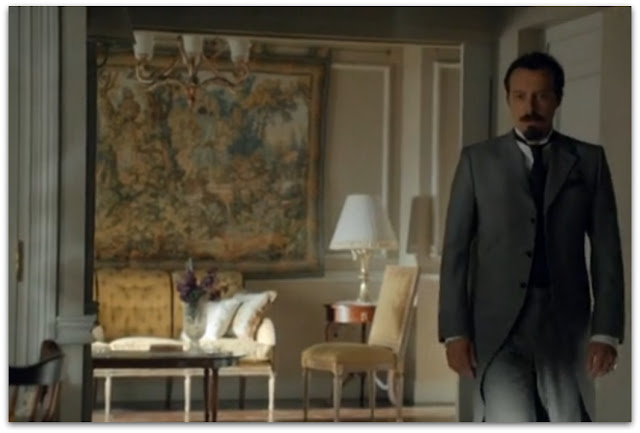 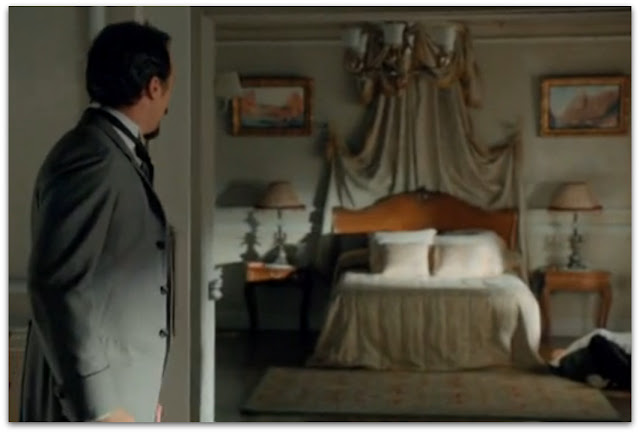 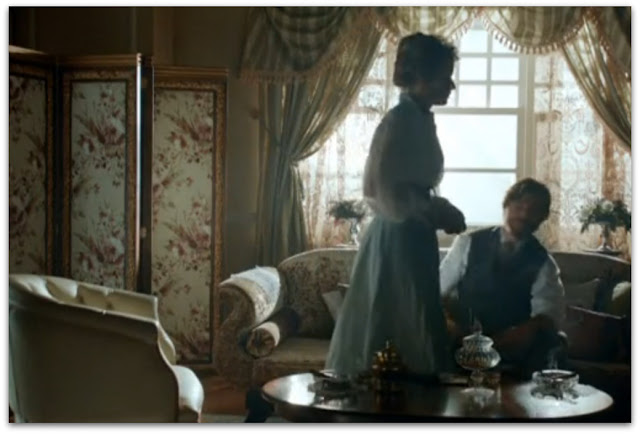 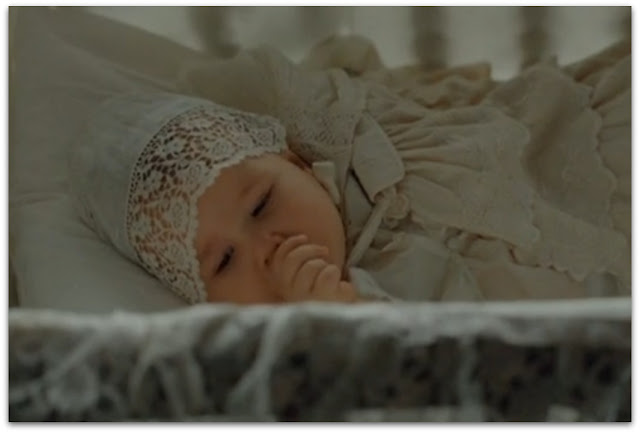 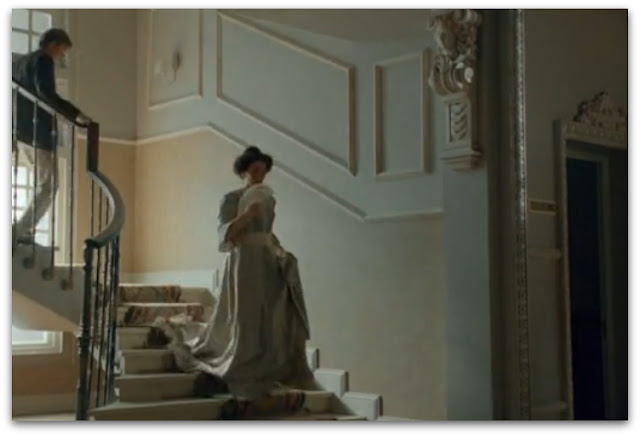 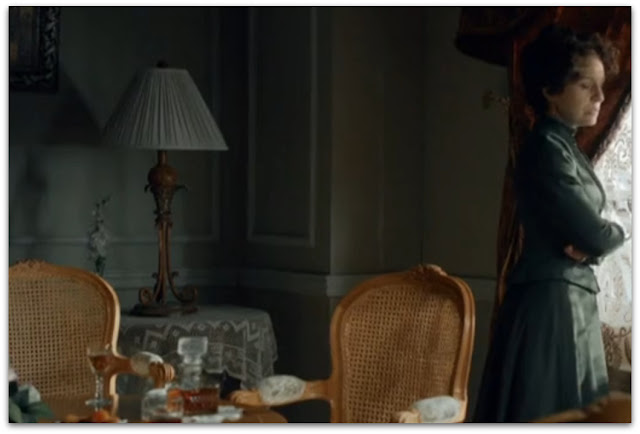 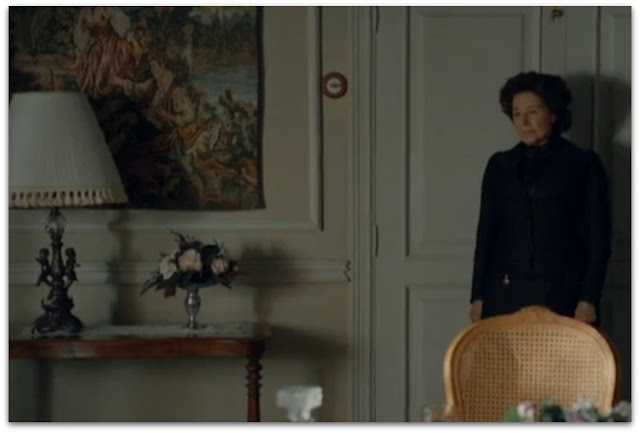 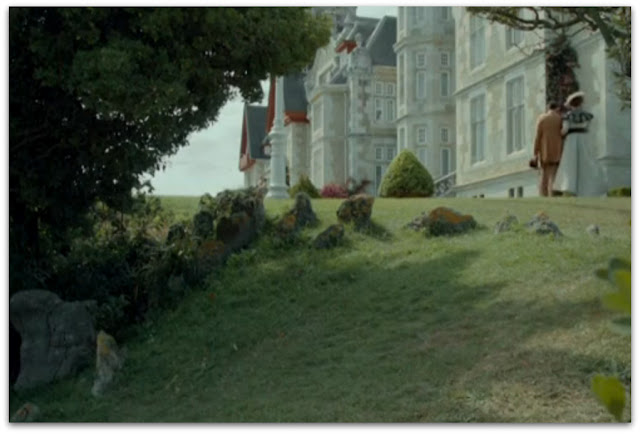 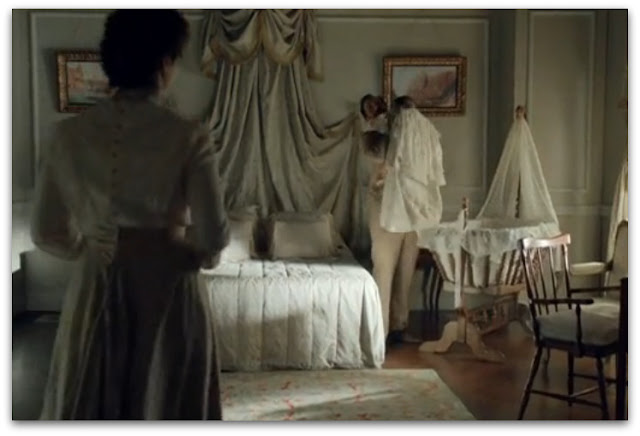